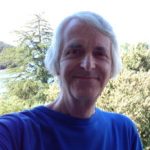 David trained as a teacher in Walsall, where he met both real ale and his wife.

During his first year at training college, David was in the next room to Pete Brown who was regularly doing work for BBC Radio Leicester. Pete introduced David to the BBC, and paid radio work followed with the children’s serial Captain Silly. Later came work on BBC Radio Birmingham educational programmes and hospital radio in Birmingham and Stafford. David is still a member of Hospital Radio Stafford and a life member of the Campaign for Real Ale, for whom he edited the Black Country Good Beer Guide and occasionally judges at beer festivals. He also collates audio versions of CAMRA’s What’s Brewing and BEER publications, for visually impaired CAMRA members.

David worked at Dudley College for 27 years: teaching Liberal Studies, Communications, and teacher training, then doing web stuff. While visiting students, a fair amount of research on pubs took place, particularly for the Pub Food Guide that CAMRA used to publish. For a while he was chair of the West Midlands Tasting panel: checking beer quality in pubs and writing the tasting notes for our local real ales in the Good Beer Guide. He got into the web before most people had heard of it, helping the BBC pilot its first web presence, and a year or so later the college’s award-winning website. During this time David acquired expertise in designing accessible websites and new media.

He worked for the British Dietetic Association for 10 years, sorting out their website and working on the BDA’s digital and on-line presence, leaving in 2017. While at the BDA, David completed the WSET level 2 wine appreciation qualification. Around the same time as starting at the BDA, he started the weekly show Taste Wolverhampton on Wolverhampton’s community radio station 101.8 WCR fm (audio and full information on-line at www.wcrfm.com). The programme aims to keep listeners up-to-date with food and drink news as well as chatting on-air with local food heroes.